“I’m in a jail, my body is constrained but remains able to create”.

“Solitary environments, harsh landscapes and abandoned structures populate Karray’s photographs. Her work portray forgotten people and forgotten lands. In the Noir series, we see a body, staged in a photographic studio, constrained in a white sheet. Is the hand clutching the remote shutter-release, a visual metaphor for a clenched fist, a persistent symbol of resistance? Karray transforms the camera into an instrument of power, highlighting invisible figures of society and the harsh physical realities they face.

Taken in the south of Tunisia, Nobody Will Talk About Us, depicts a region which has lost its economic significance. We see the same figure but now in a barren landscape. The smoothness of the figure contrasts with the roughness of the brown earth. This is a figure which remain eternally vulnerable in a precarious and inhumane environment.” 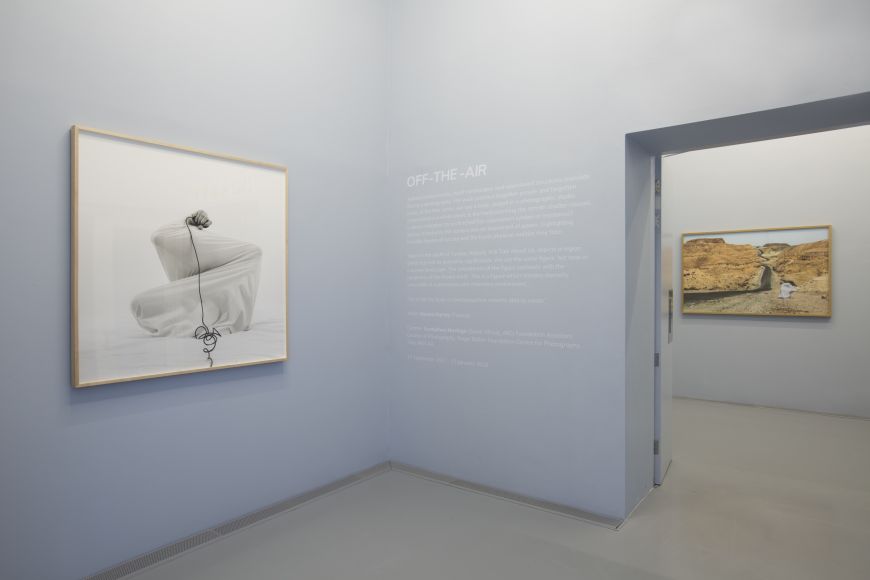 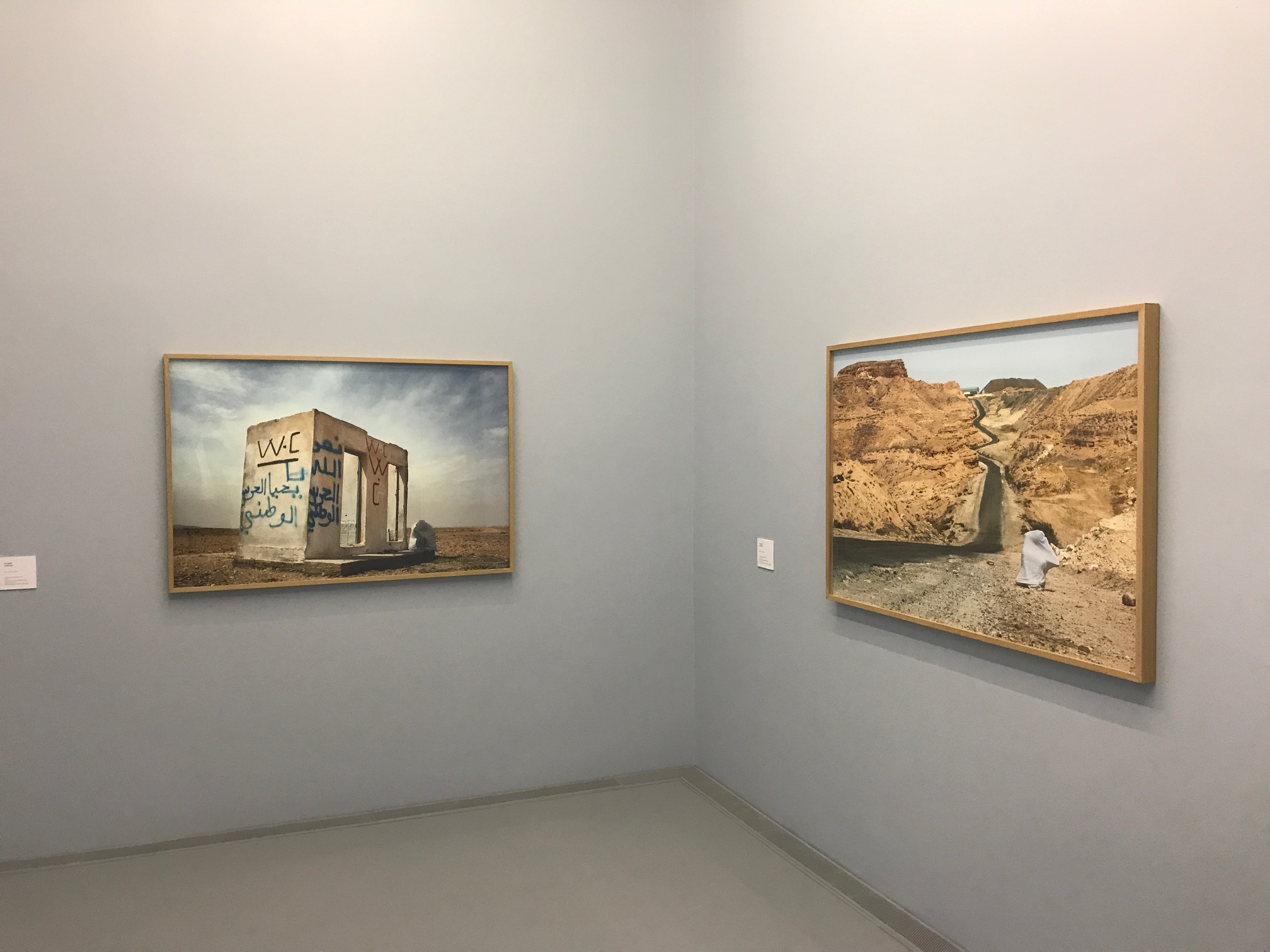 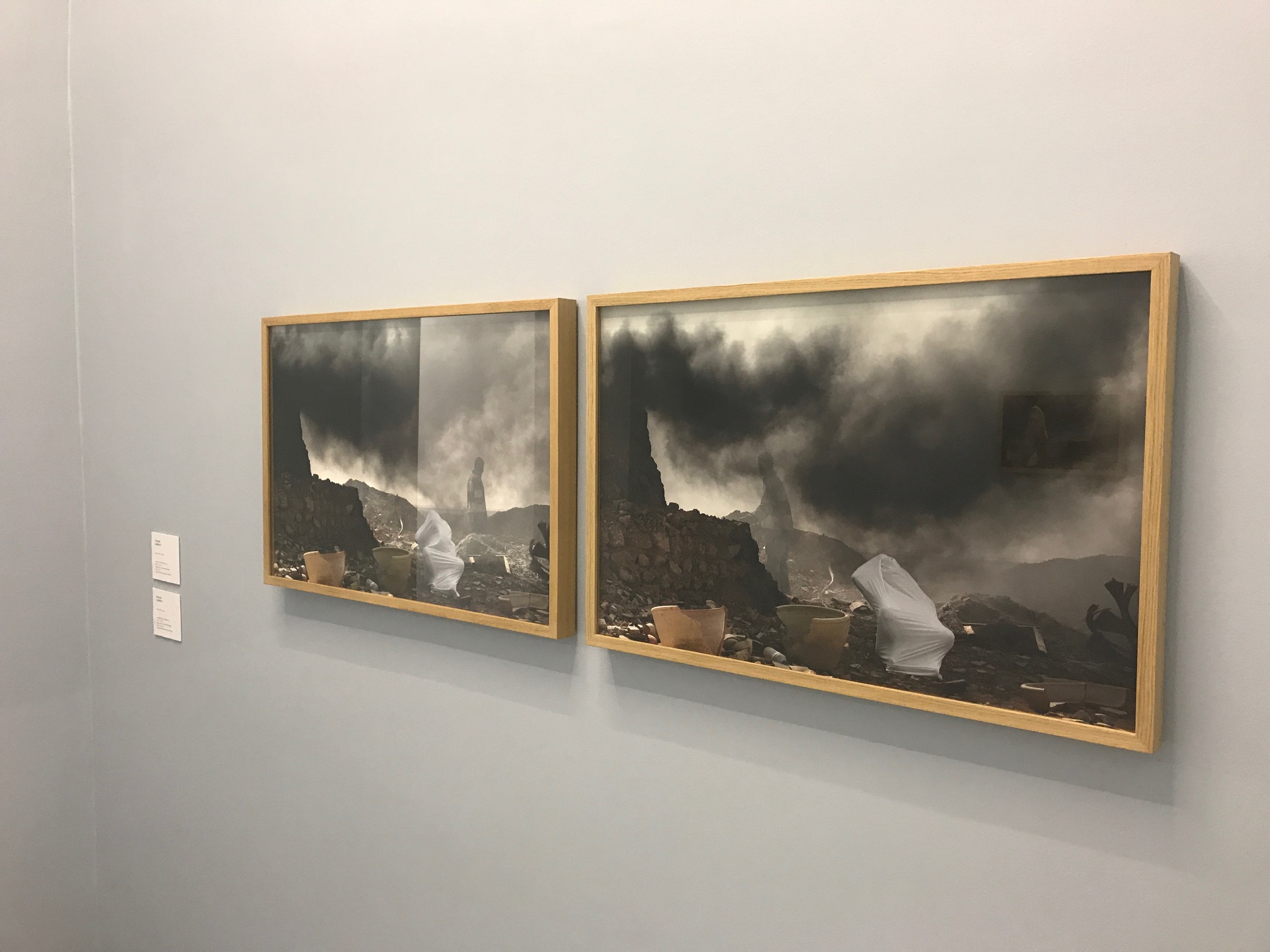 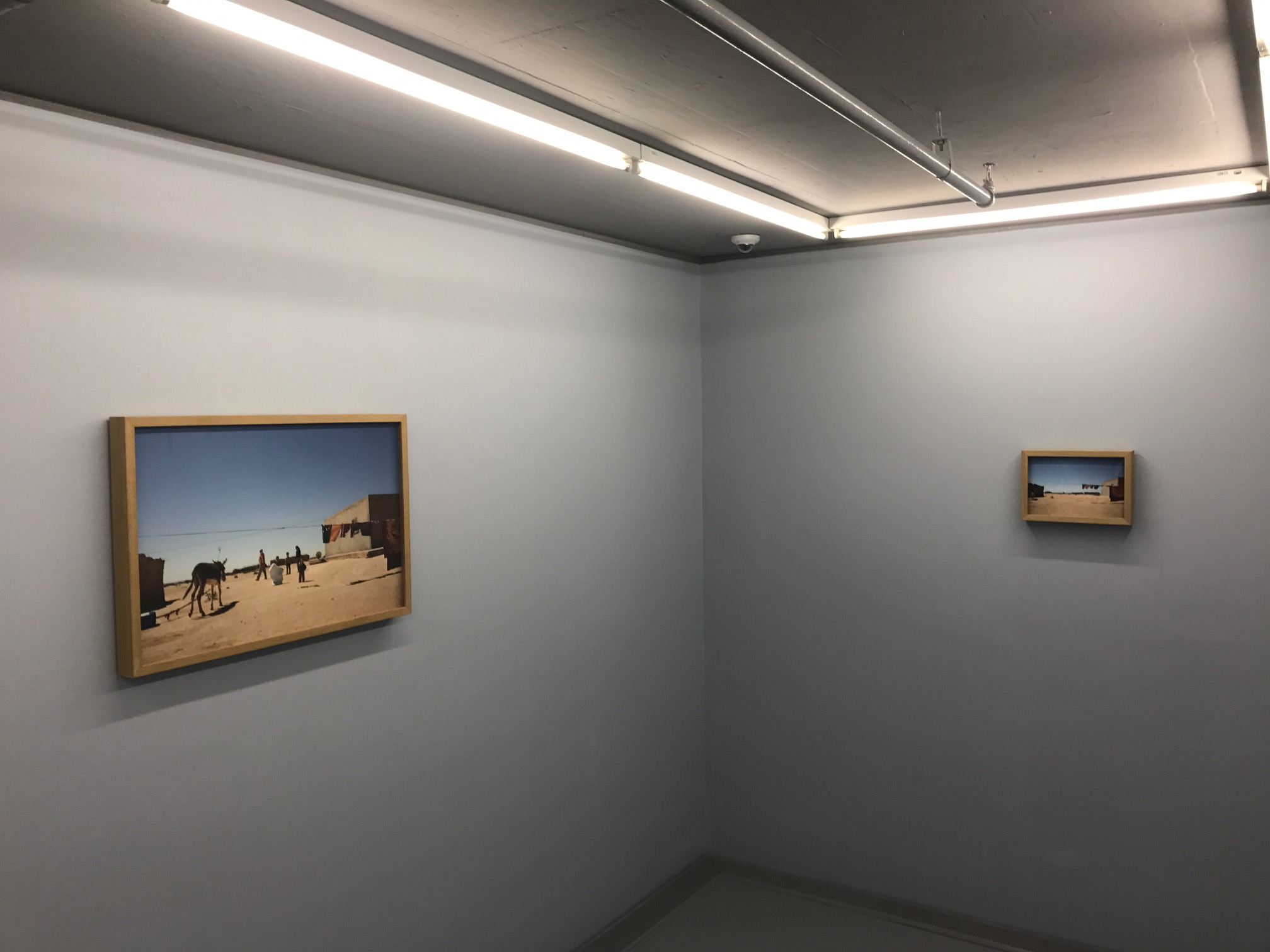 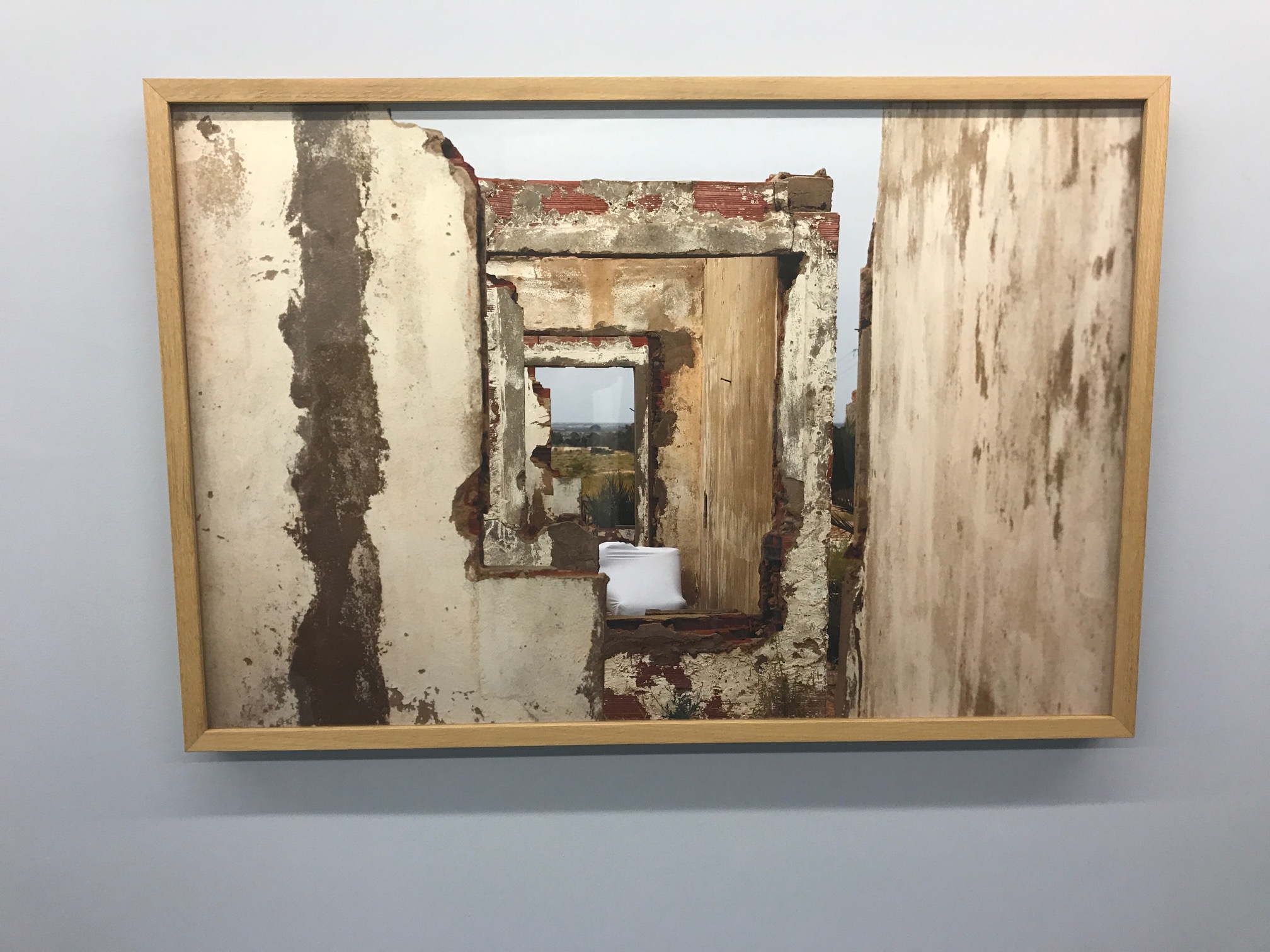 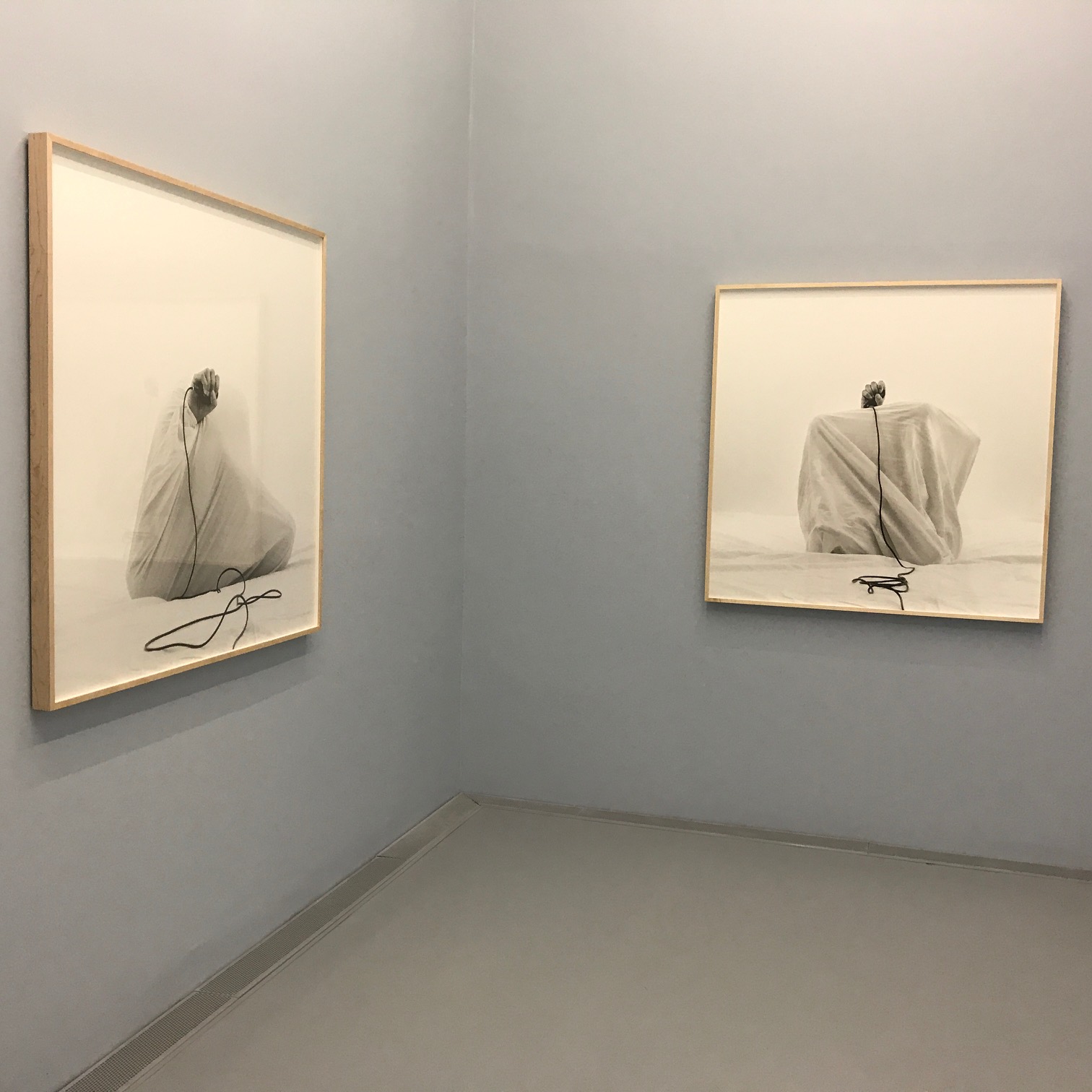 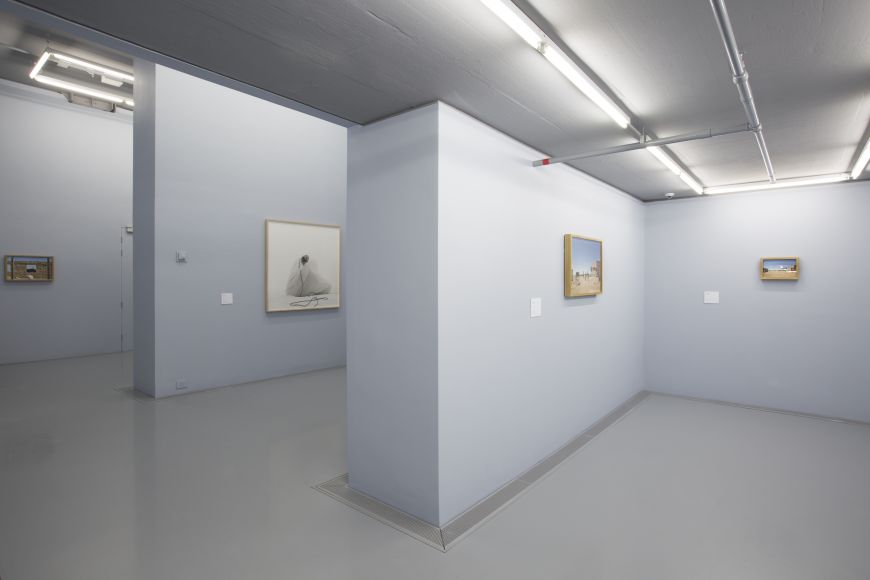 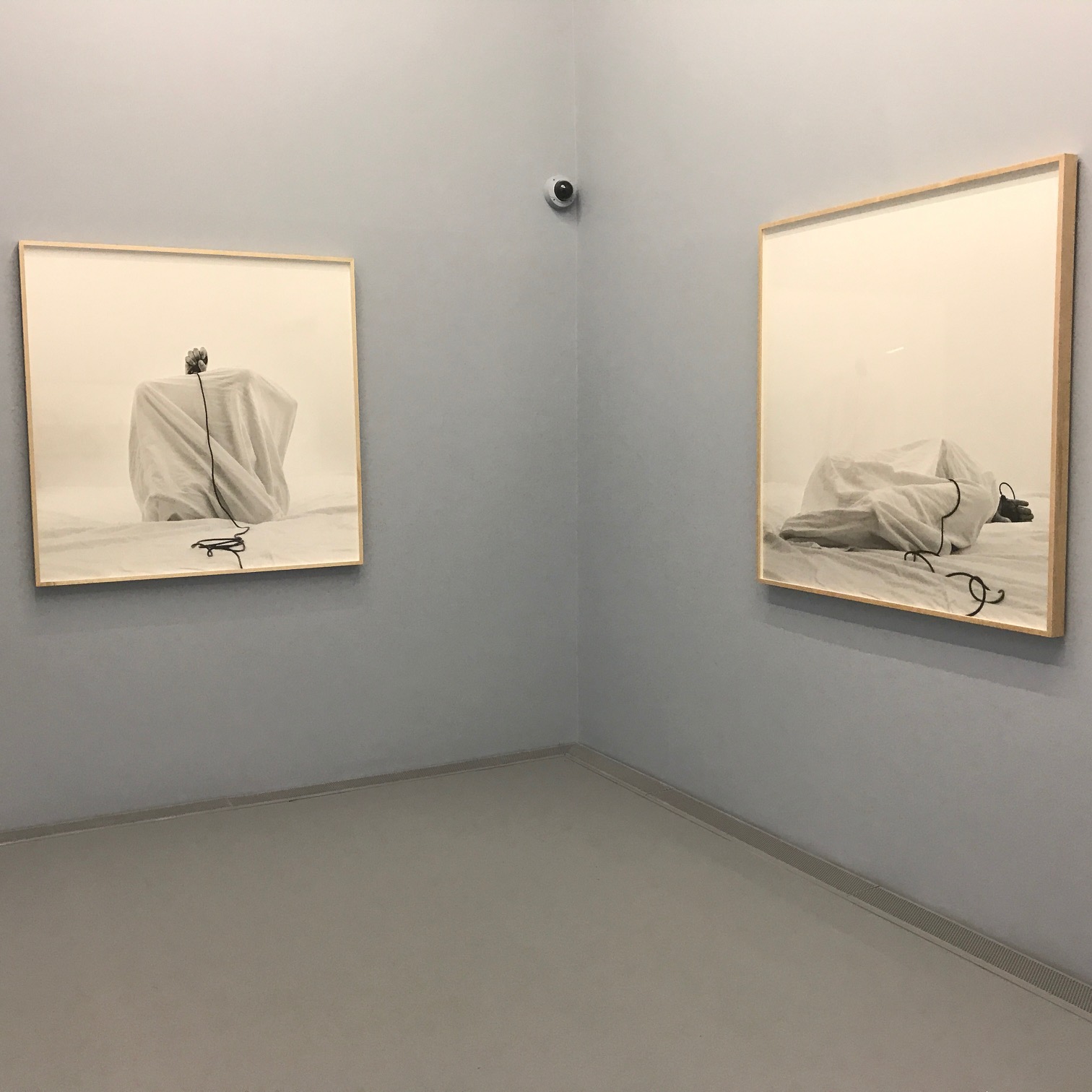