Africa Is No Island, Fondation Zinsou

Africa Is No Island

“Mouna Karray interchanges time: the propagandist speech of official time, and the informal speech of everyday life. The video Live was made in 2012, two years after Mohamed Bouazizi immolated himself in an act of protest, an act that shook Tunisia and its government.”

“The video images are excerpted from the official political press. They show the former president, Zine el-Abidine
Ben Ali, seated at his presidential desk, in discussion with fellow politicians. Taken out of their context, at times only revealing details, these images bring to mind an official history without captions, in which the image loses all political meaning. A soundtrack was recorded during a taxi ride through the city, and is juxtaposed to the images. (…)
The taxi as a kind of agora: “Since January 14th, 2011, Tunisians express themselves freely in the street and
the taxi has become a form of “public space”, where driver and client can exchange without fear.”
The artist likes to reconcile spontaneous discussion with the political postures of official visits or speeches. For example, when President Zine el-Abidine Ben Ali, who was forced to flee the country in 2011, announces to his visitor, “Those who wish to be heard are but a handful, what can be said…”. These commentaries are as decontextualised as the images to which they are associated, thus evoking, in text/image association, the
Arab Spring and the rebellions that brought down the president. The casual conversation in a taxi becomes
uncensored journalistic commentary. The connection of images to soundtrack gives way to incongruity and
considerable humour. The sound/image pile-up offers a space for the spoken word that was, until 2011, a death
sentence. The video suggests a rereading of “static” fixed images from the official press, tested by daily existence: the viewer’s every subjective interpretation, their awareness of events, of city sounds.” 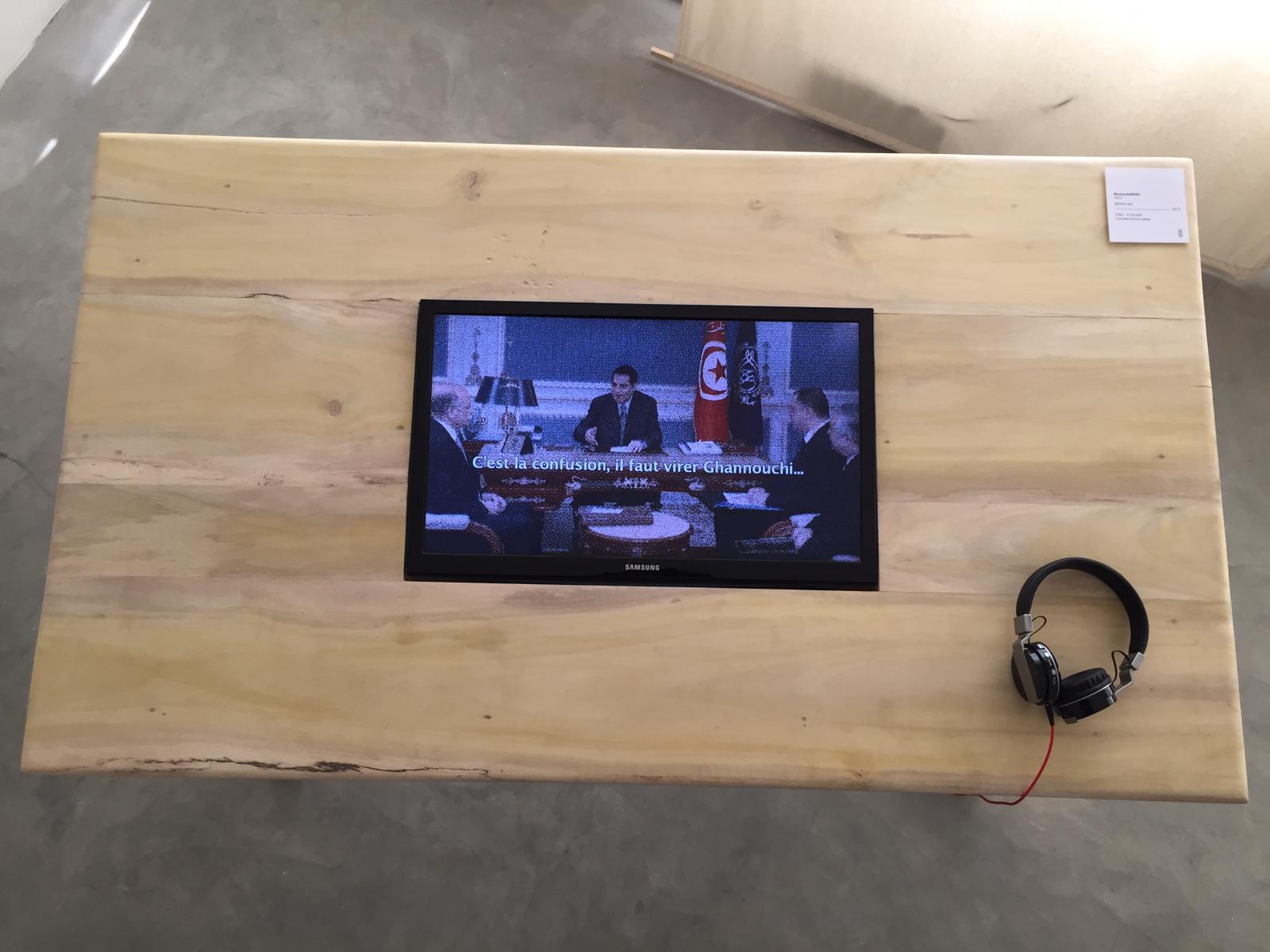 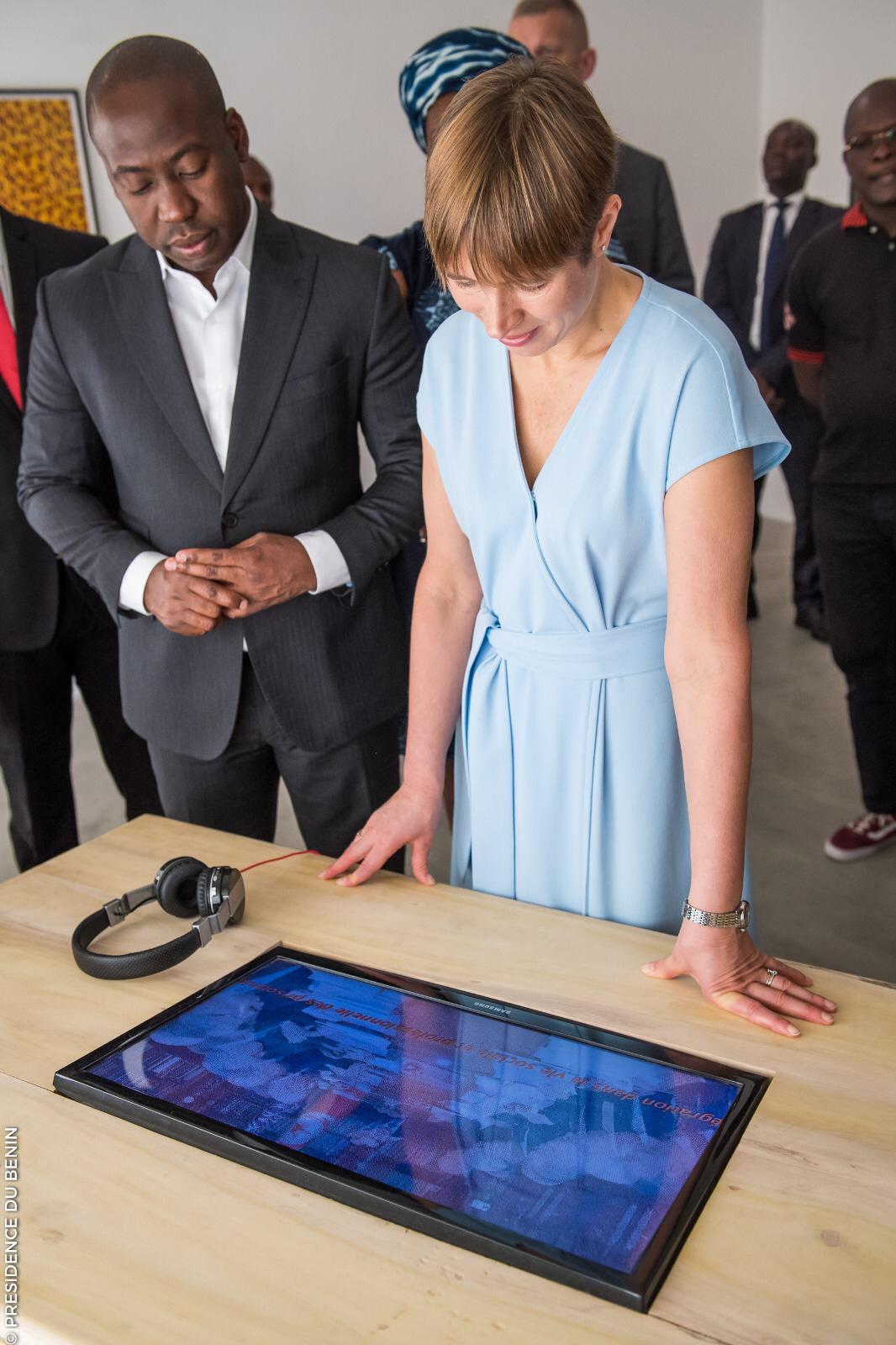 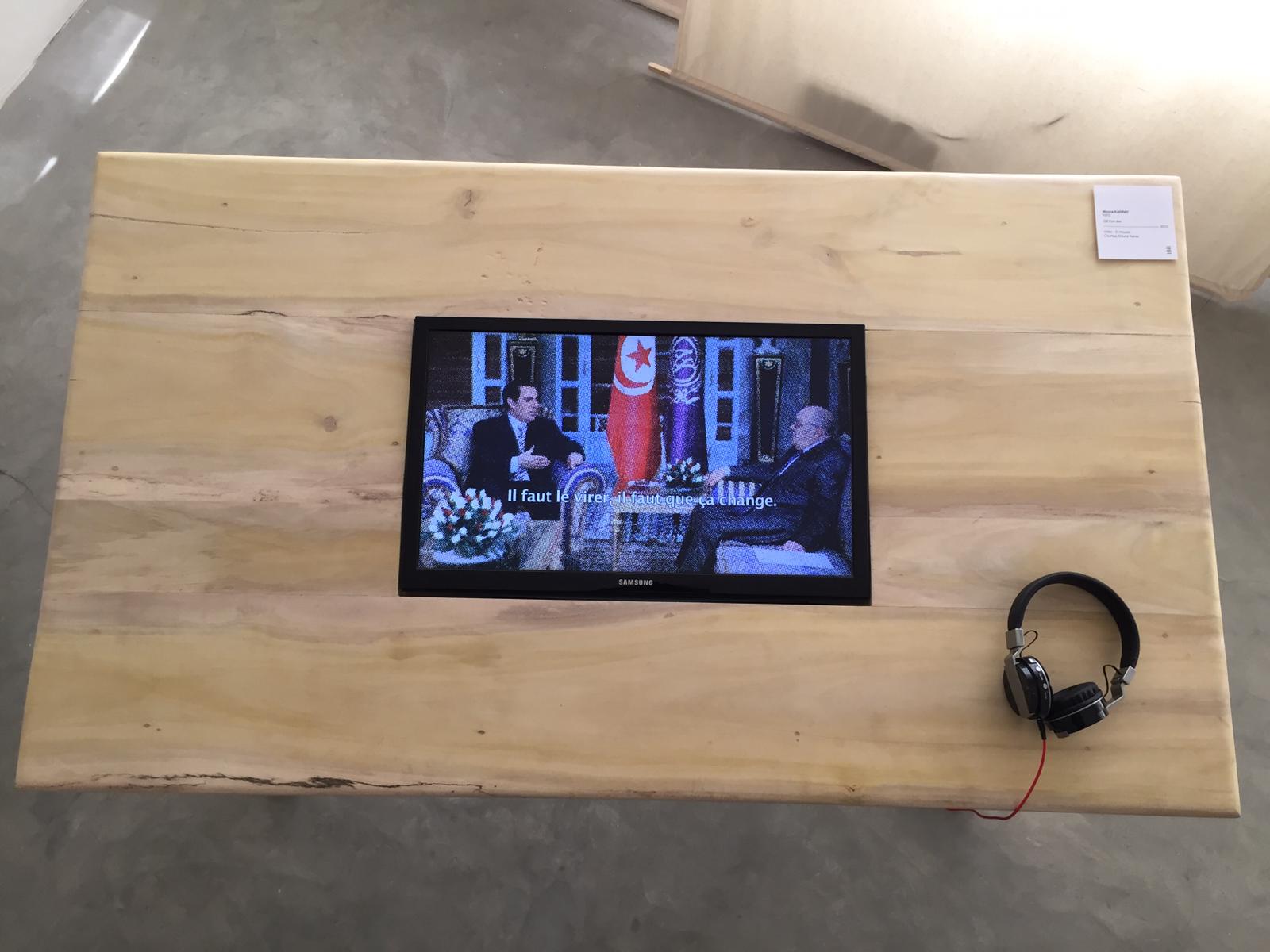 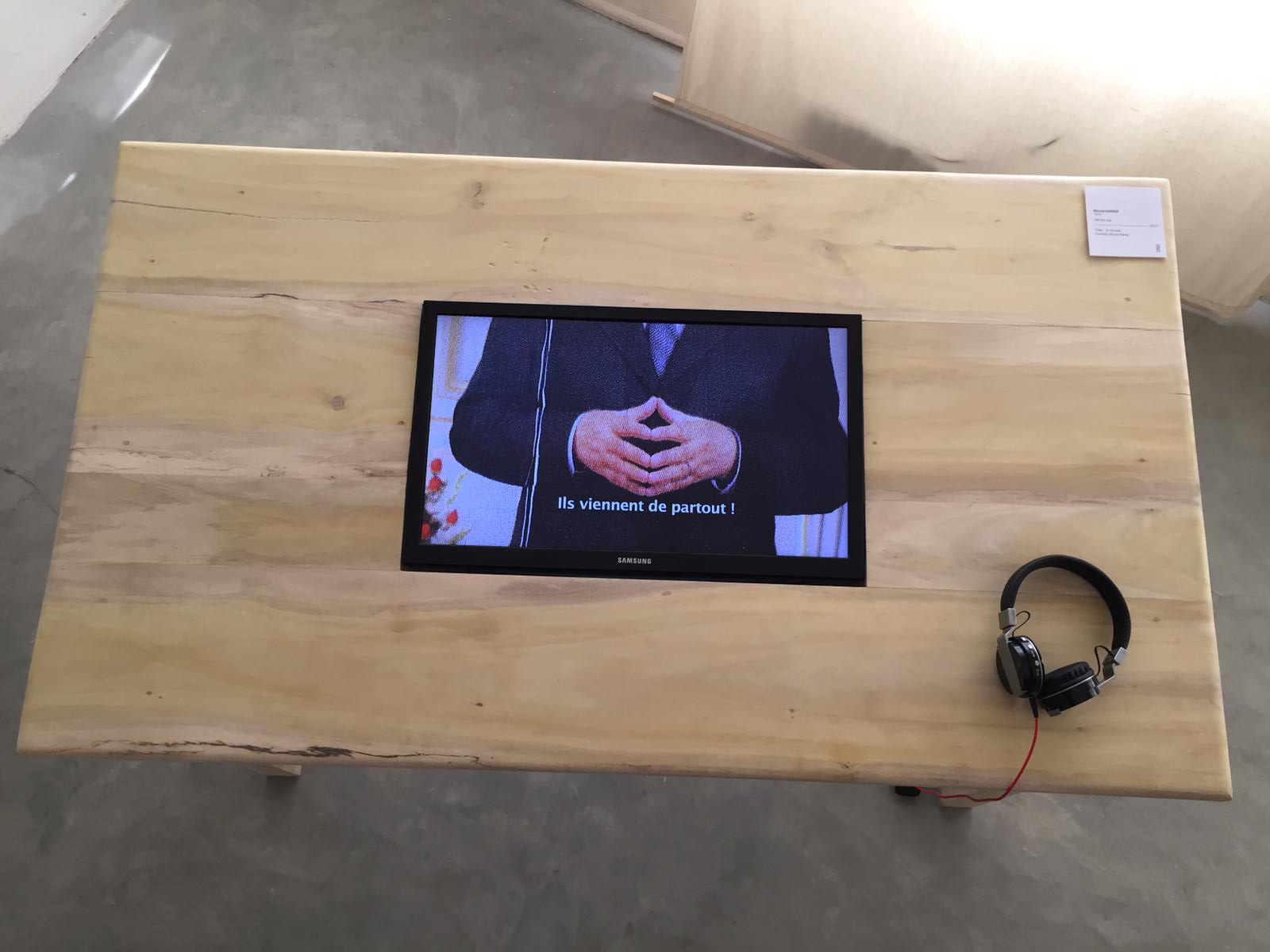