← Christine Bruckbauer - Universe in Universe, "Murmurer" or the Whispering of Neglected Walls → 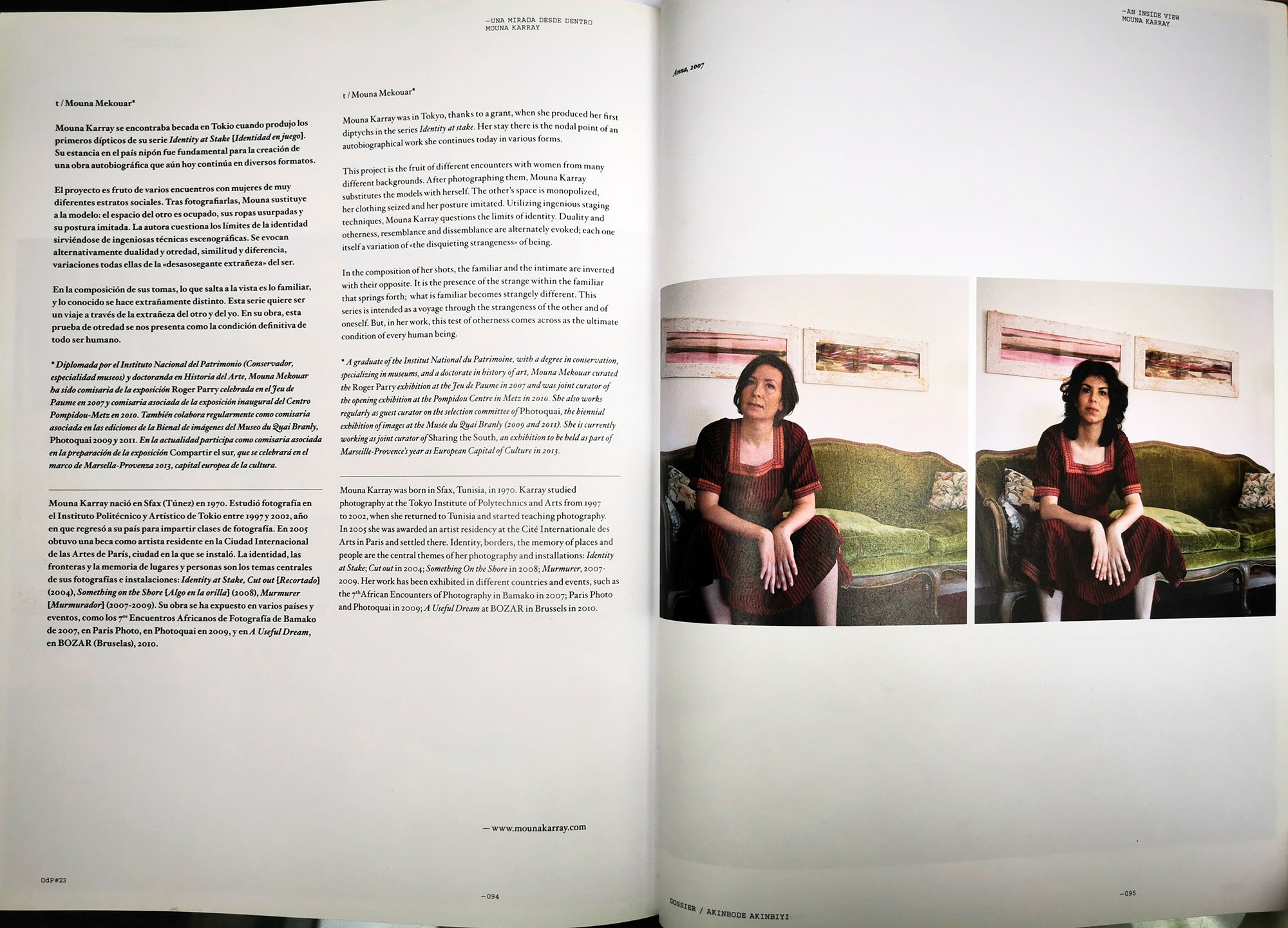 (…) Mouna Karray is Tunisian. Unusual for many on the continent, she studied her photography in far away Japan, by the master photographer Eikoh Hosoe. It was there, as a truly obvious outsider, that she started her serious quest to uncover the many aspects of personal identity. Of being Tunisian, a photographer, a woman, an Arab, an African. In her diptychs of traversed roles, we are challenged to ask who is the real person and who the look alike, ultimately who the African and who the non-African. Her view is very much from the inside, looking outside and simultaneously looking back in.’’.(…)

‘‘Mouna Karray was in Tokyo, thanks to a grant, when she produced her first diptychs in the series Identity at stake. Her stay there is the nodal point of an autobiographical work she continues today in various forms.

This project is the fruit of different encounters with women from many different backgrounds. After photographing them, Mouna Karray substitutes the models with herself. The other’s space is monopolized, her clothing seized and her posture imitated. Utilizing ingenious staging techniques, Mouna Karray questions the limits of identity. Duality and otherness, resemblance and dissemblance are alternately evoked; each one itself a variation of ‘‘the disquieting strangeness’’ of being.

In the composition of her shots, the familiar and the intimate are inverted with their opposite. It is the presence of the strange within the familiar that springs forth; what is familiar becomes strangely different. This series is intended as a voyage through the strangeness of the other and of oneself. But, in her work, this test of otherness comes across as the ultimate condition of every human being.’’

← Christine Bruckbauer - Universe in Universe, "Murmurer" or the Whispering of Neglected Walls →