Tyburn Gallery is pleased to present an exhibition of photographic work from the Tunisian artist Mouna Karray’s post-revolution series Nobody Will Talk About Us. The exhibition marks the artist’s first solo show in the UK.

“Taken across various landscapes of the Tunisian south, the works present a figure shrouded in a white sheet photographed against many rural and desolate backdrops”.

This series – started during an artist residency at Dream City Biennial of Contemporary Art in Public Space (Tunis, 2012) and produced from 2012-2015 – is shown in its entirety for the first time.

Considered one of the most disadvantaged regions in the country, the south of Tunisia has traditionally suffered from a lack of investment and marginalisation. Karray’s works represent a series of loaded narratives exploring the artist’s encounters with both the people and landscape of this region – which provides a home for the country’s neglected, almost forgotten, population.

Restrained by the limitations of their socio-economic status, the isolation and alienation experienced by the people in this region are personified within Karray’s restricted, anonymous subject. This figure exists in stark juxtaposition to the unique beauty and vast character of the surrounding landscape. 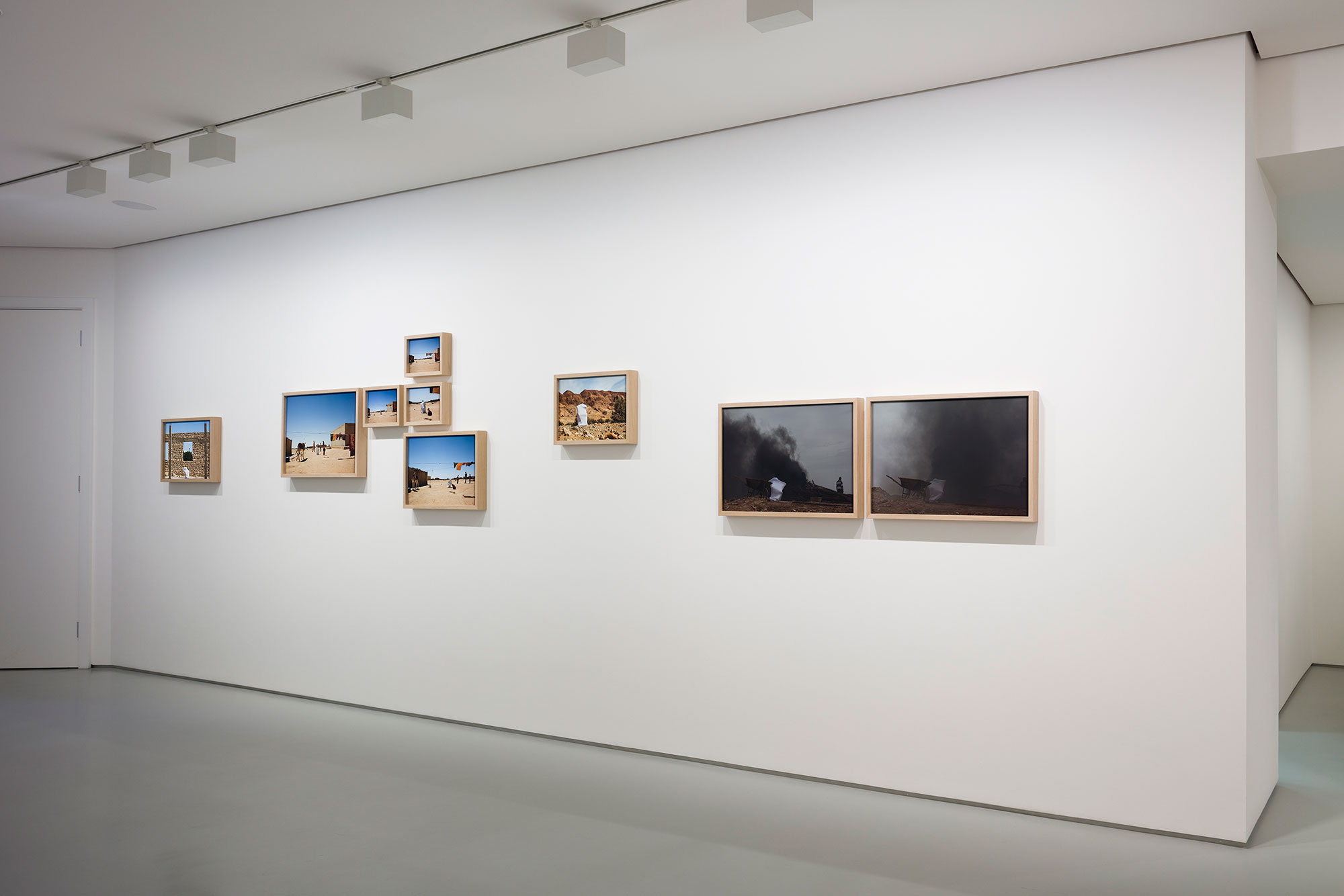 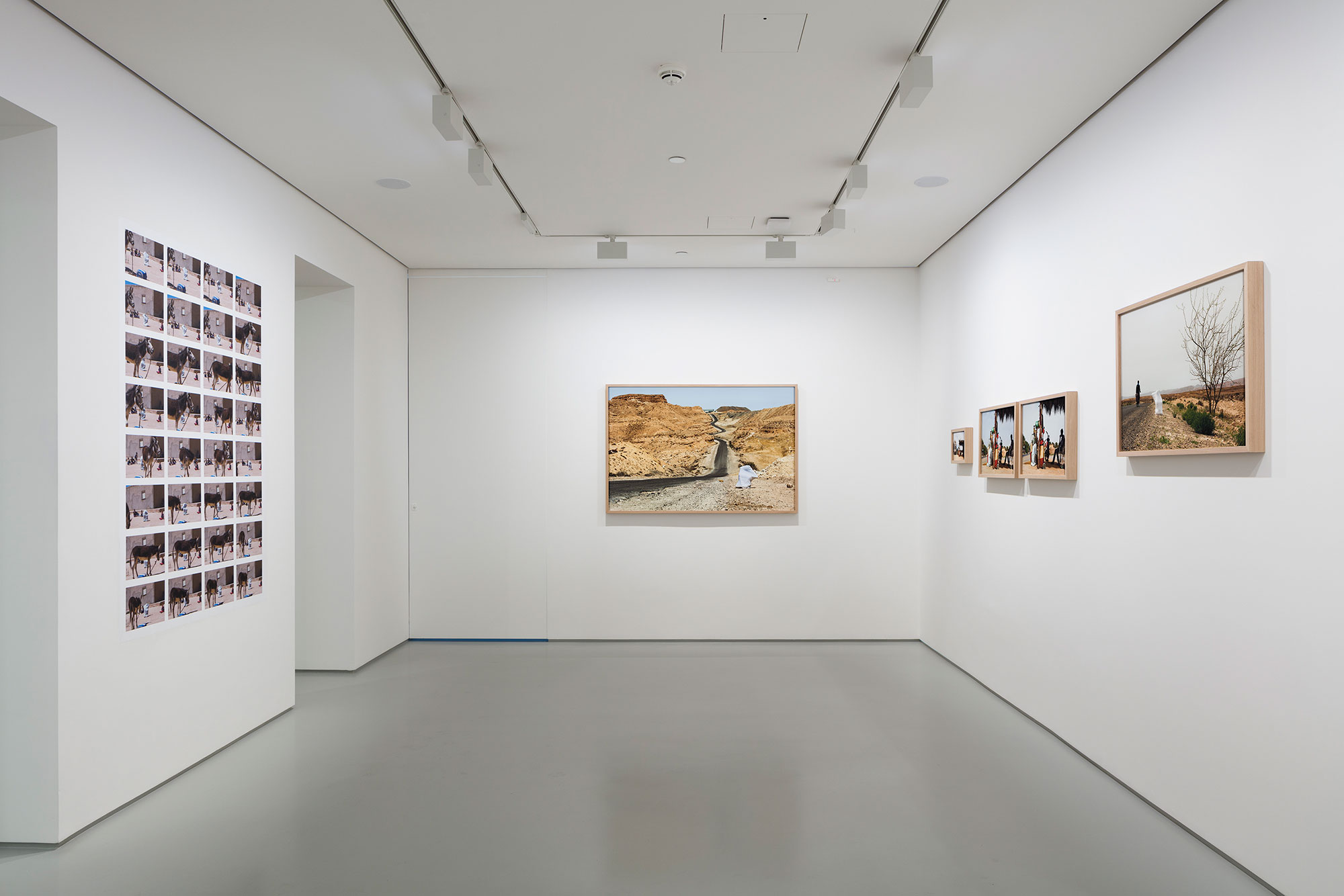 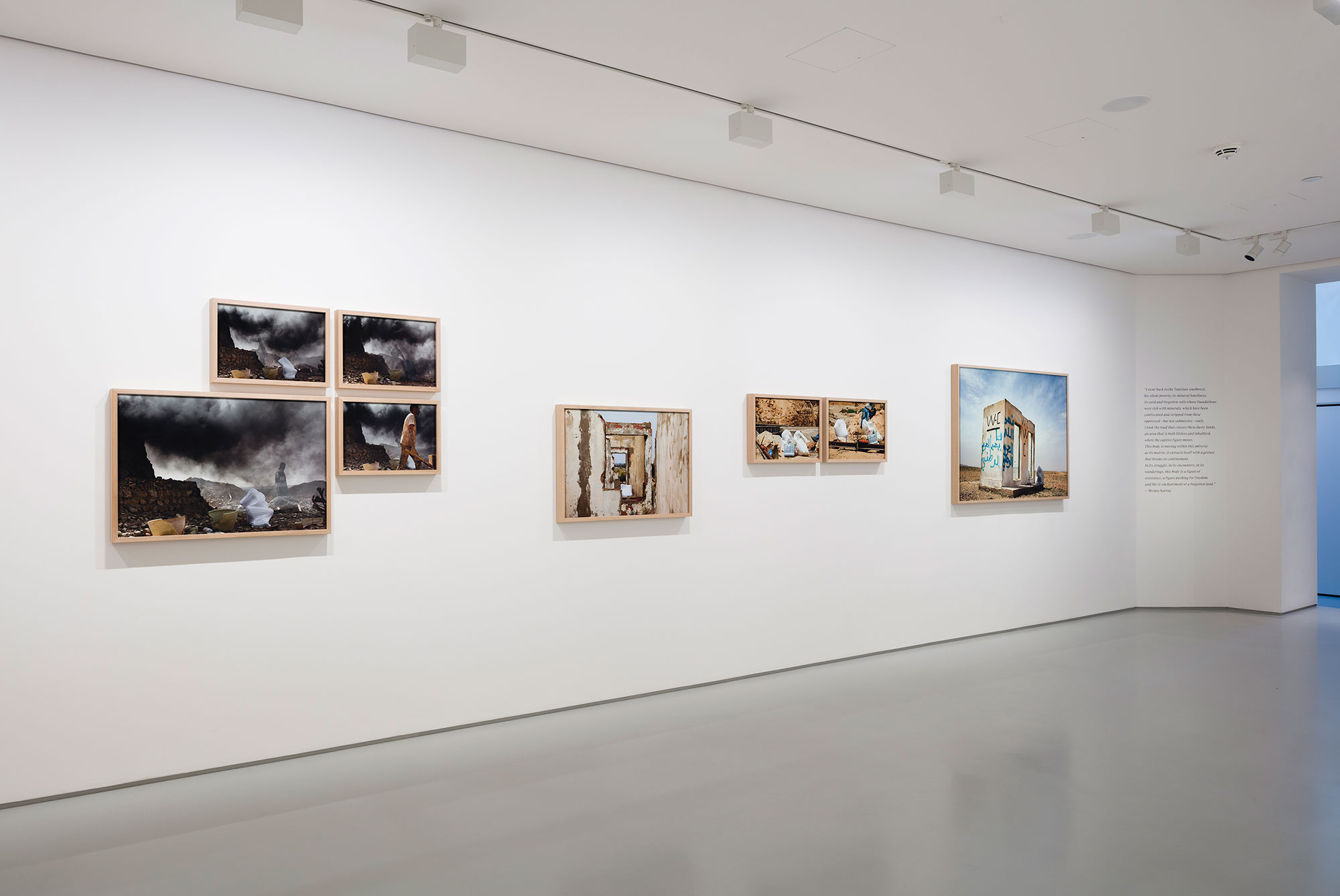 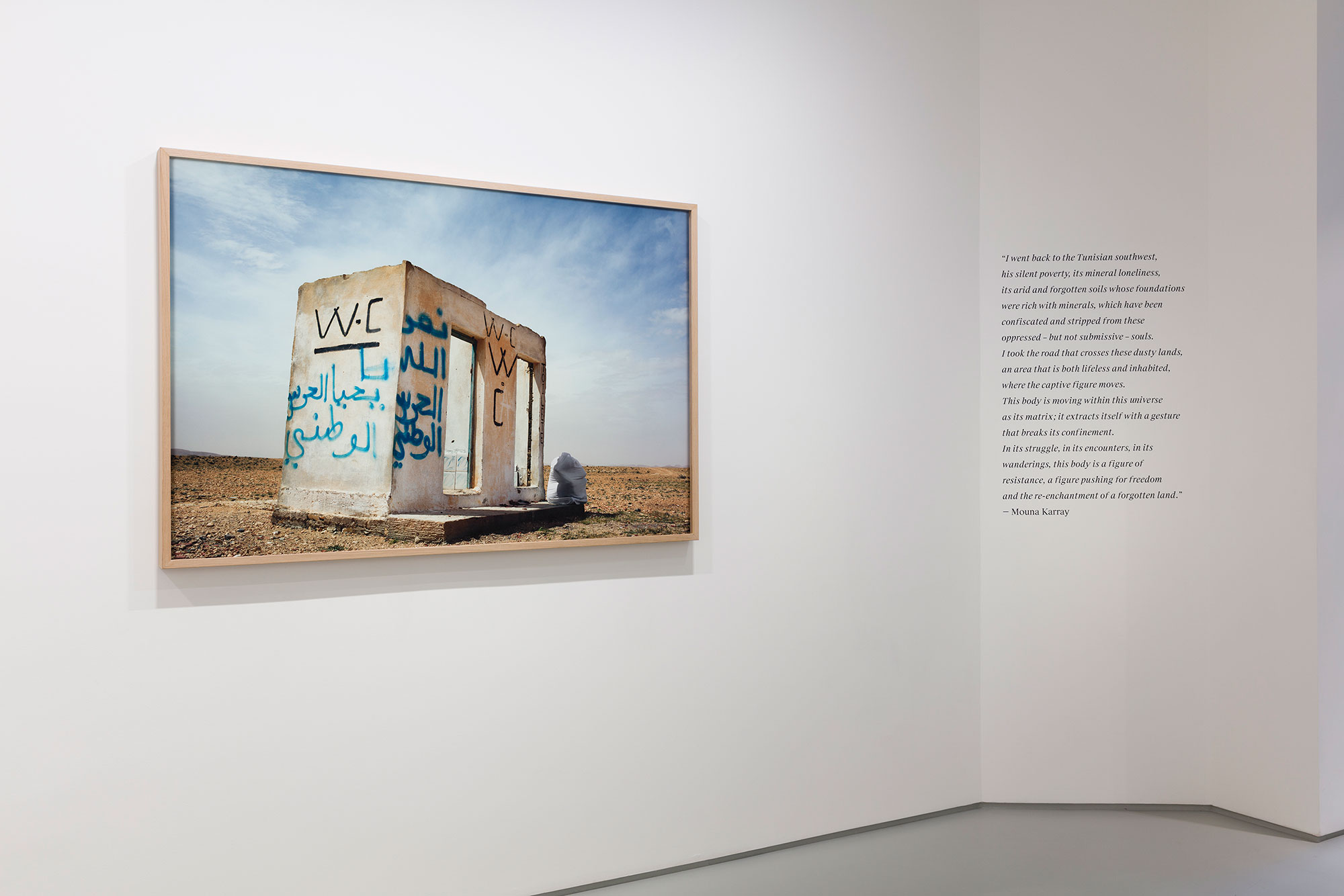 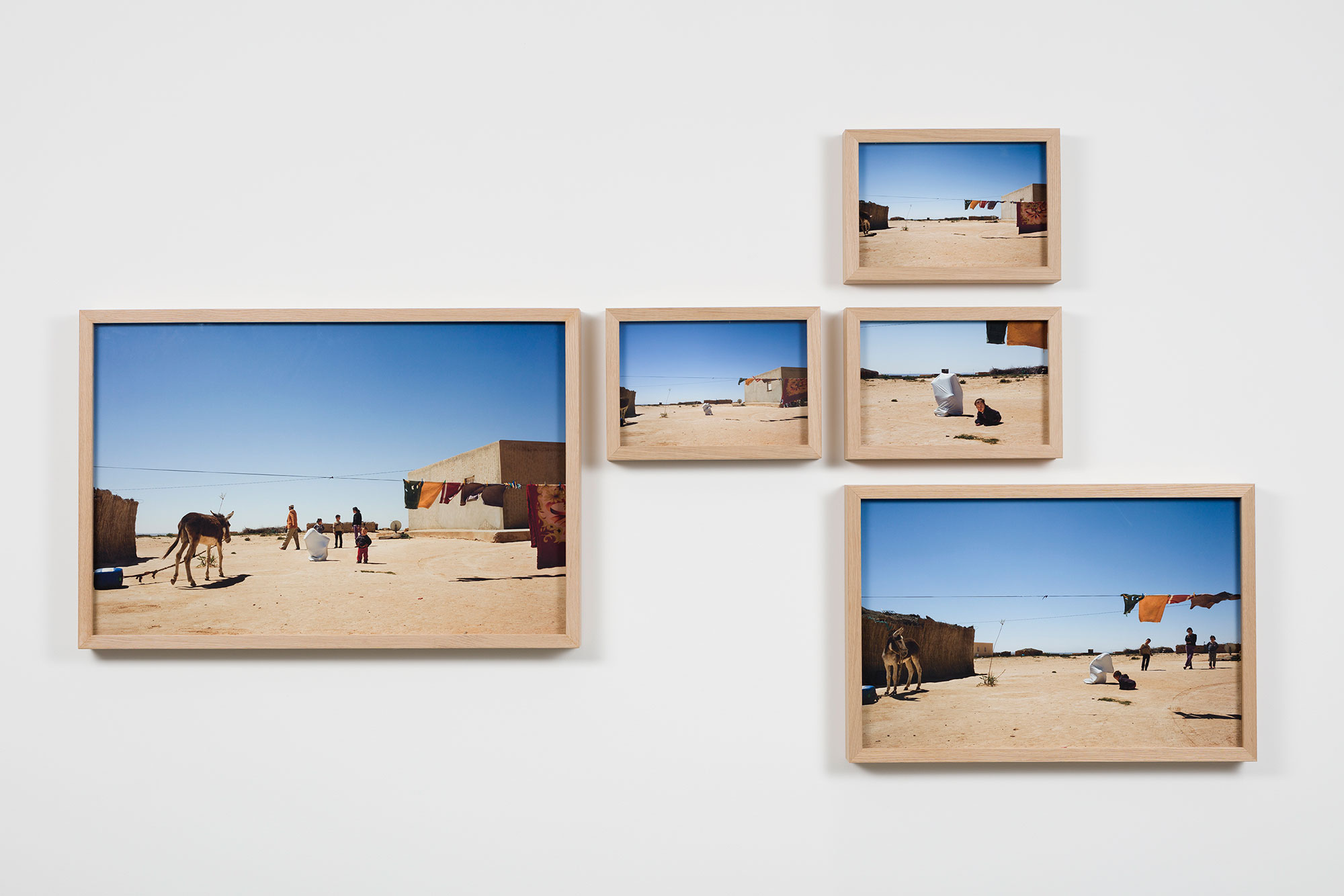 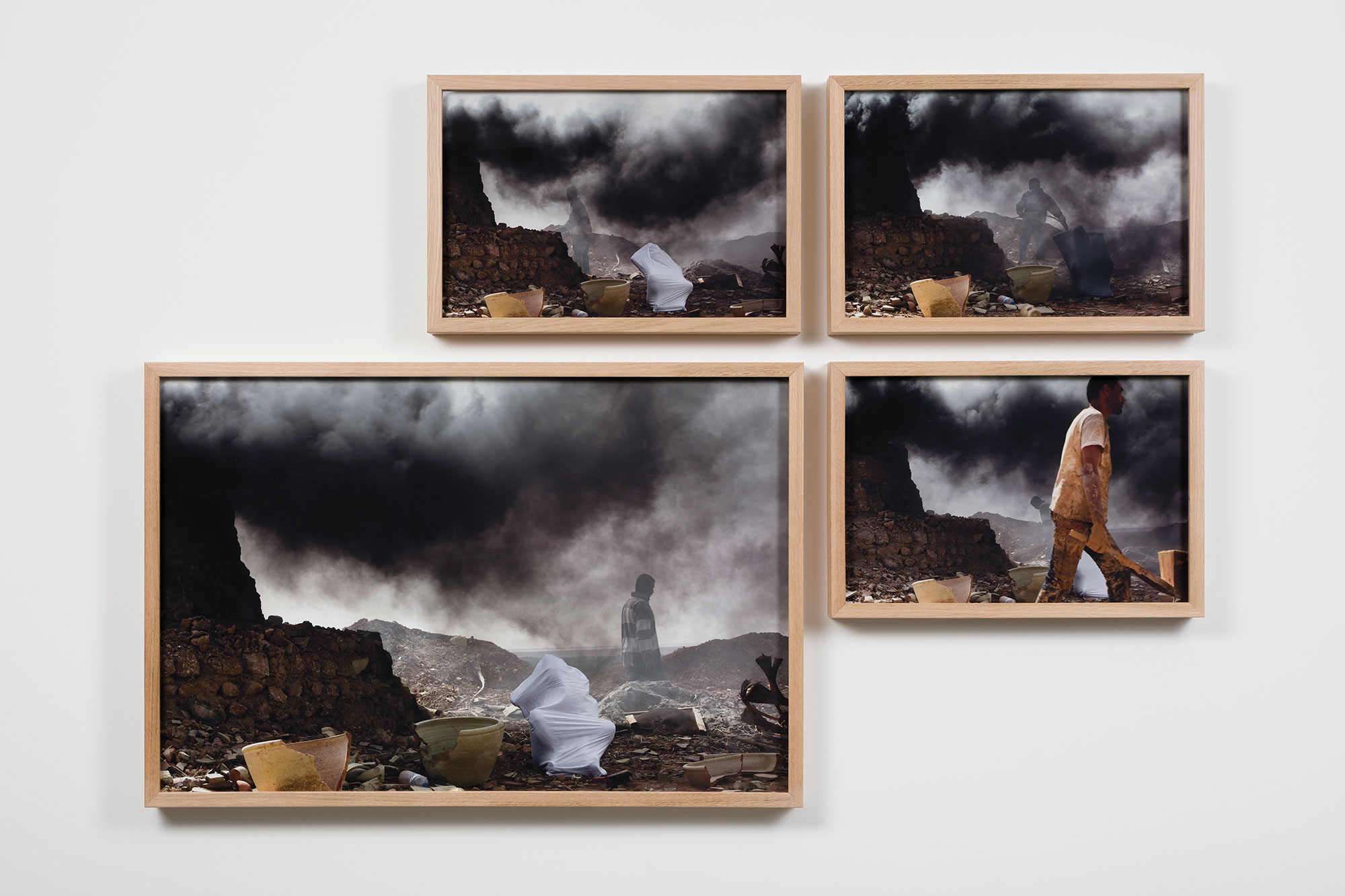 Nobody Will Talk About Us – Tyburn Gallery, London